Thank you for contacting us. We will get back to you shortly.

Please complete all required fields below.

We look forward to hearing from you here at the Law Offices of Stewart F. Gross, PLLC. Contact us for a consultation and case evaluation.
Ph: 480.865.3059
Email: [email protected] 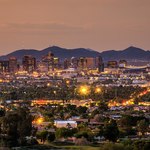